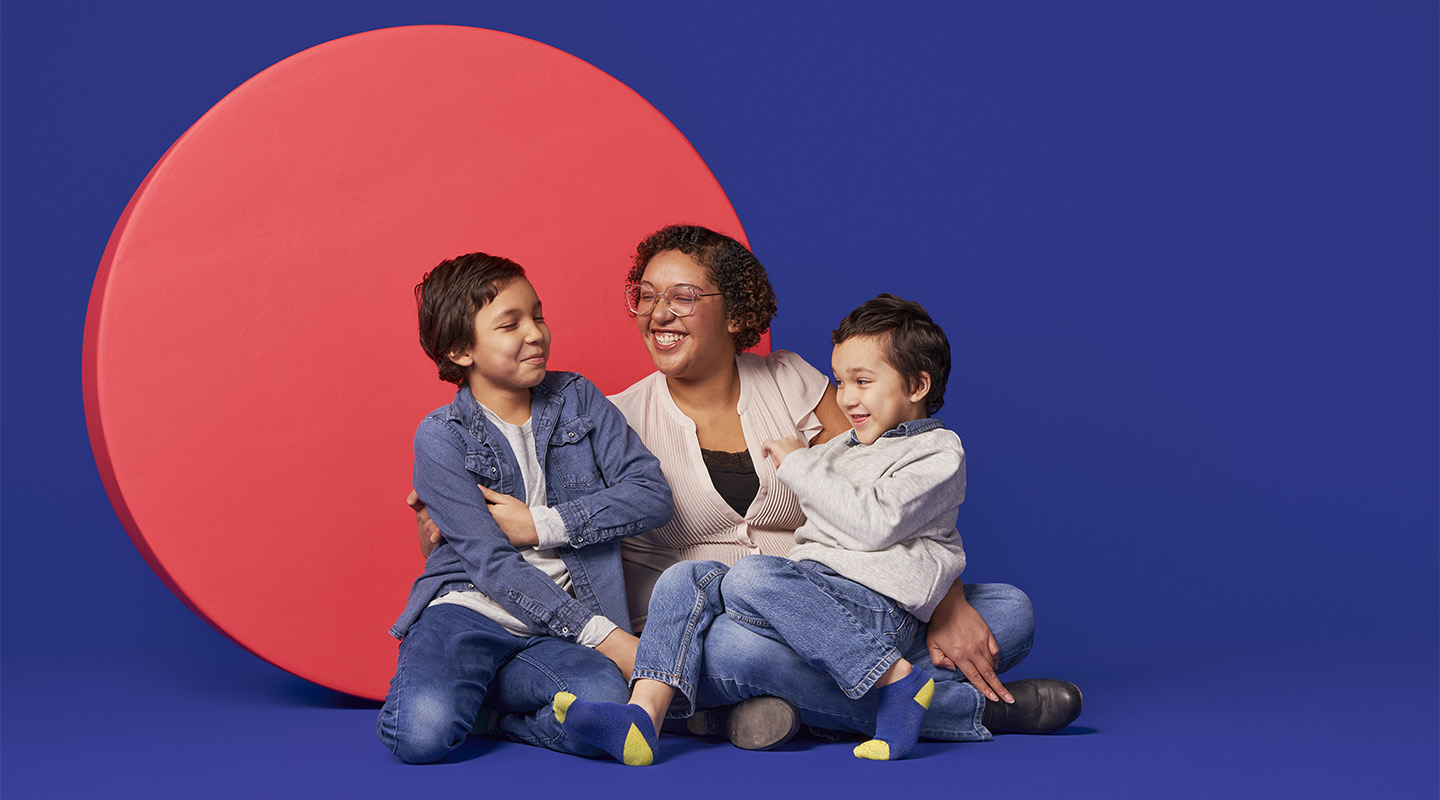 With a new name, brand story and colour palette chosen, the next challenge was getting the word out. Through consultations with the organization, we decided to launch with an in-person event with stakeholders — everyone from politicians to disability advocates to donors — at the Canadian Museum for Human Rights, followed by a digital roll-out. A huge 3D interactive logo would entice attendees to post to social media, and a new brand video and photography featuring Manitoba Possible clients would introduce the exciting new direction the organization was taking.

When we designed Manitoba Possible’s new logo, we deliberately put a period at the end because we wanted it to be a statement rather than a name. That got us thinking of a period as a circle, and throughout rebranding, we honed in on the idea of shapes as representations of barriers for a person living with a disability — a too-steep ramp as a triangle, or a set of stairs as a series of rectangles, for example.

As we began to develop a creative concept for the video and photography, we zeroed in on the idea of shapes, but we wanted to turn this idea of barriers on its head. So we envisioned a fully accessible set with large 3D shapes painted in fun, bright colours against a backdrop of Manitoba Possible’s new primary brand colour. The shapes would be moveable, so we could rearrange them for interest, and they’d be well-built, so those who felt safe doing so could lean, sit or stand on them, or even jump from them. The shapes became less about barriers and more about the different ways people of all abilities interact with the world.

Organizing this video and photo shoot started with a challenge: We couldn’t find an accessible studio in Winnipeg. But UNIT204 Production Services stepped up and invested in making its studio space fully accessible, adding ramps and safety features where needed.

The video and photo shoot went off without a hitch in January. Since we didn’t have an opportunity to speak with the interview subjects before the shoot, we had a lot of footage to work with, so we turned to our friends at Wookey Films – a documentary and factual programming production company – to help focus the brand video. The result is a cohesive exploration of disability today.

As it turned out, the extra footage was a silver-lining when the pandemic hit and Manitoba Possible had to cancel its in-person launch. We quickly pivoted to a digital launch coupled with direct outreach to people in leadership and public policy. The photos and brand video are featured prominently across Manitoba Possible’s new website as well as in social media posts. And with the extra video footage, we were able to make a series of short profile videos, which have performed very well across Manitoba Possible’s social media channels.