Study: A Community Sponsorship Connects with Over 150 Submissions Thanks to an Authentic Message 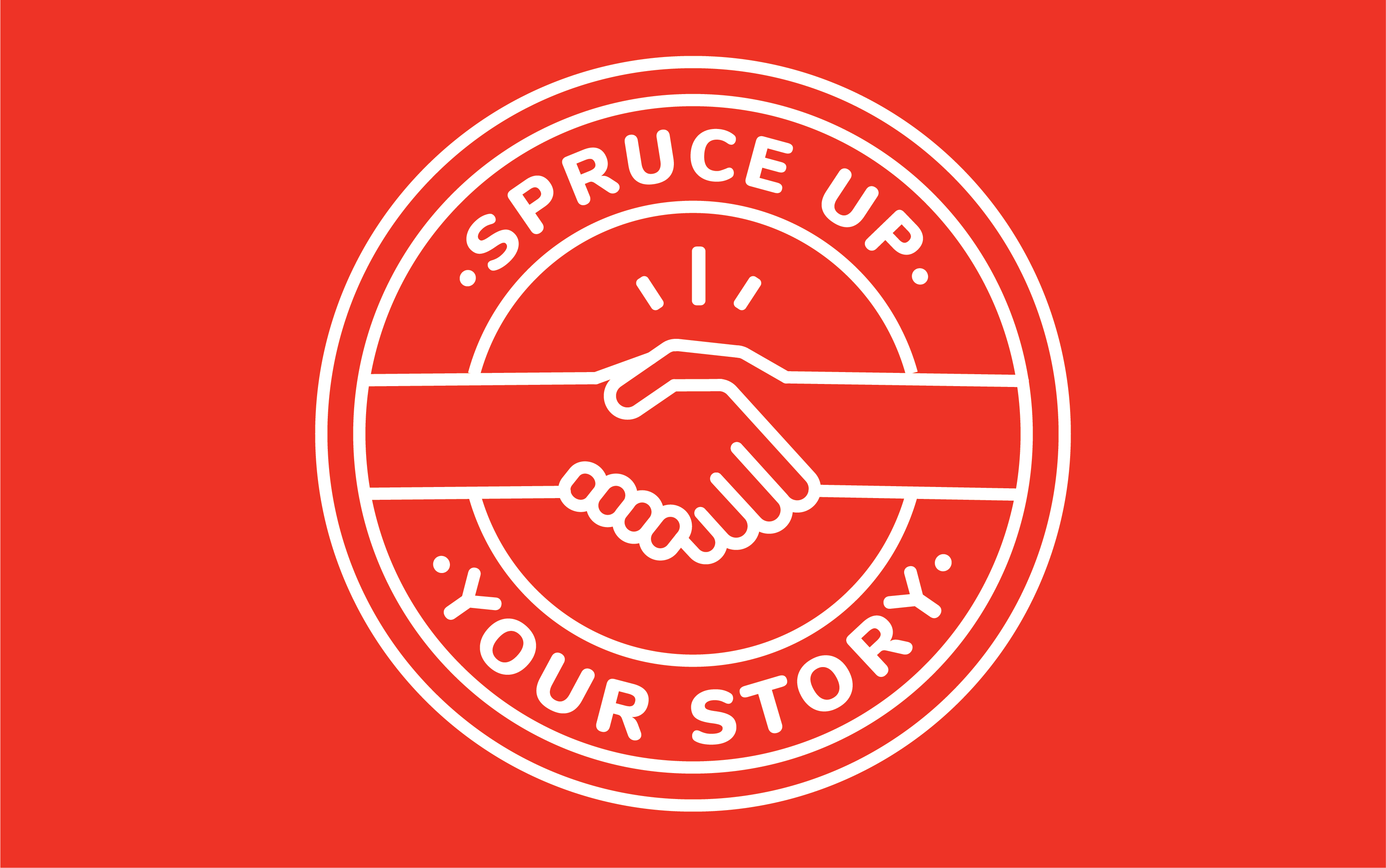 When working with Red River Mutual to redefine their company values and reinvigorate their brand in 2018, we helped them introduce a new look and a new tagline: Your Story is Ours to Protect.

This tagline not only became a rallying cry for their internal staff to celebrate what’s unique about their purpose, it also became the driving force behind all of their strategic marketing initiatives – aiming to convey this authentic regard for their communities’ wellbeing.

As a mutual insurance company, Red River Mutual’s whole purpose is to serve the community it protects. And, while in its 145 years, it has always been a generous, philanthropic company (beyond providing coverage for your home, farm and business), their marketing team decided that in 2019, they would consolidate their sponsorship efforts into their own, wider submission-driven initiative.

While identifying the need for a concerted community sponsorship effort, their initial budget allocated for the campaign in its inaugural year didn’t allow for a large-scale community development project, such as building a new playground, but it did allow for multiple smaller-scale projects. Since Red River Mutual primarily protects small-town communities, where a recreation centre or garden can be the lifeblood of a town, it became clear that awarding funds to cover multiple restoration projects, to help repair and preserve places that people cherished, would be the best approach.

We knew we wanted to connect the community sponsorship campaign to the larger brand message: Your Story is Ours to Protect, but we also wanted to ensure the brand made it clear that this was not some multi-million dollar capital funding initiative – rather, it was a homegrown company offering to help communities keep the important gathering places in their communities going.

The result? Spruce Up Your Story – an initiative that would help your beloved community spaces go from “rusted to restored”; “broken to beautiful” or “wrecked to renewed.”

Everyone loves a good makeover story – and there are hundreds of community spaces across Manitoba and Saskatchewan in need of a pick-me-up— whether it’s a roof fix on a youth centre, a fresh coat of paint on a park fence or new seating at an ice rink.

We created a name that connected to the brand’s purpose – and didn’t overpromise on the campaign’s proceeds – but instead, inspired their audience to think of relatable places in their community that could use a helping hand.

To gain awareness for the initiative, we created an explainer video showcasing their drive to transform community spaces across Manitoba and Saskatchewan in order to preserve them for generations to come. The animated video featured alliterative expressions of transformation, sharing examples of “makeover” stories – including the hammers, paint brushes and drills needed to complete them. It captured the authentic promise – and no more or less – to award up to $40,000 to communities for restoration projects. 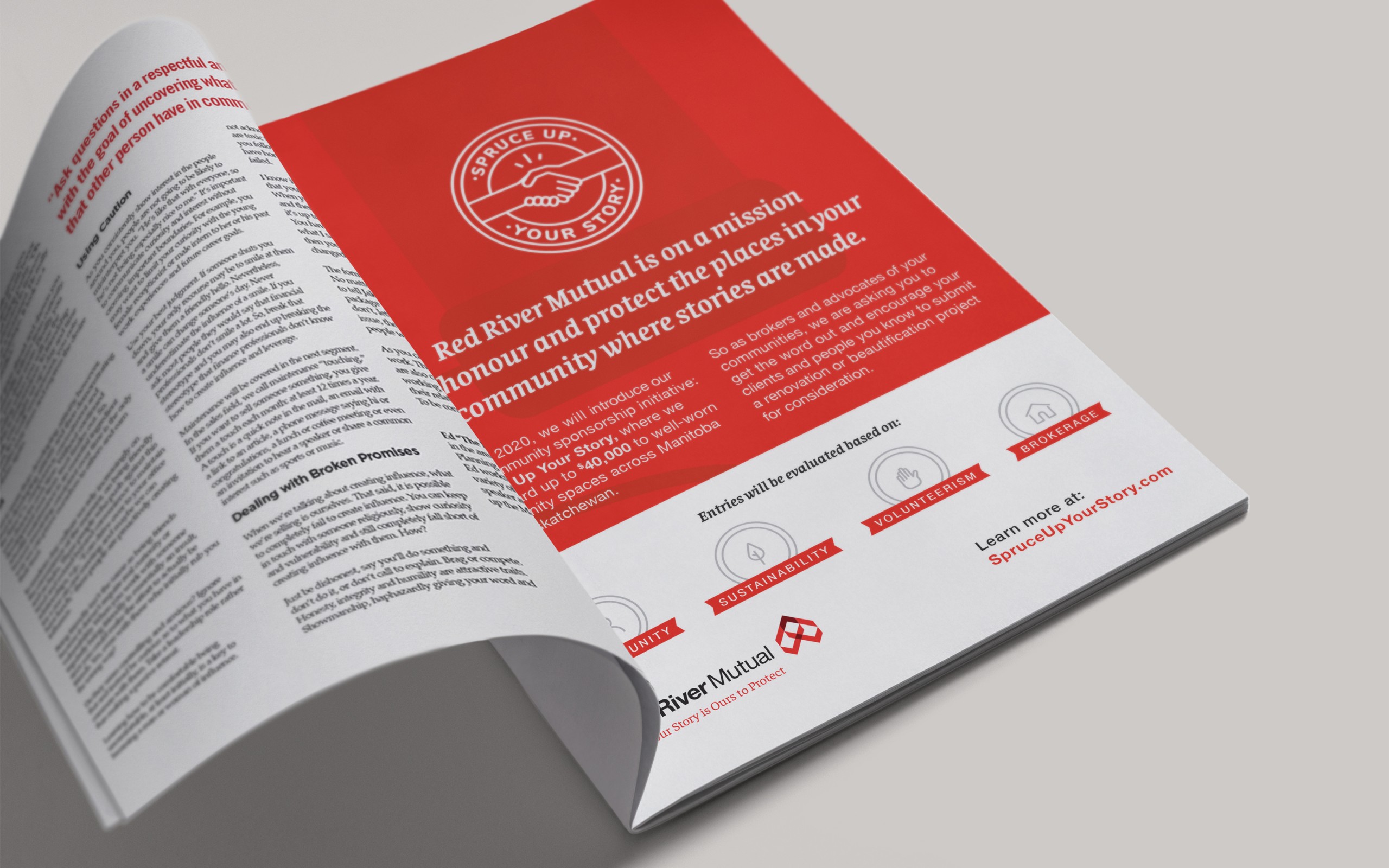 The campaign launched in early 2020 with radio spots and ads on Facebook, Instagram, Twitter and Google. We also built many insurance broker assets they could use to co-promote the initiative in their communities and brokerages, as it is insurance brokers, and not Red River Mutual directly, who sells their products to the public.

The campaign was a big success, proving that their promise to protect the places where people connect, laugh, learn and share – even during the height of the pandemic shutdown – connected.

During the three-and-a-half-month campaign, the video garnered 5.8 million impressions across all platforms and resulted in over 150 community “spruce up” submissions. In August, Red River Mutual announced 10 winning submissions – that would now split a $150,000 prize pool, thanks to the campaign’s overwhelming response.

How can you face marketing challenges, both known and unexpected?