Pride Winnipeg’s Queer Beer—a limited-edition beer produced by a local brewery reflecting the distinct flavour of Winnipeg’s Gender, Sexual, and Relationship Diverse (GSRD) community—has become a staple of the city’s annual Pride celebrations. This year, we were excited to work with Little Brown Jug to bring their brew to the masses in a can that screams “Fruity and fabulous!” just like the beer’s tagline intends.

“LBJ has been a huge supporter of various GSRD events in Winnipeg and we look forward to trying out their new Queer Beer recipe and release in 2022,” said Barry Karlenzig, President of Pride Winnipeg.

Little Brown Jug’s Queer Beer is light with fruity hops and an aroma of sweet citrus, melon, and berries. To represent this, they wanted a can design that was accessible to every beer drinker—colourful, modern, and unique—one that didn’t rely too heavily on the more commonly advertised symbols of Pride.

The result is bright, bold, and unapologetically queer, with inspirations taken from living vibrantly in the prairies and bright swatches of colour representing the sky, Prairie fields, wheat, wind, and land to collide with technicolour swishes of colour. Patterns mix and mingle, representative of the spectrum of people coming together to celebrate Pride. Everything has a clean and crisp treatment while still feeling energetic and celebratory.

We were proud to work alongside graphic designer Tim Singleton on the product design, known for his colourful and dynamic style and constant LGBT+ activism present in his work.

In just six weeks, LBJ sold all 8,000 cans it produced, with a portion of funds designated for upping Pride Winnipeg’s celebration every year. 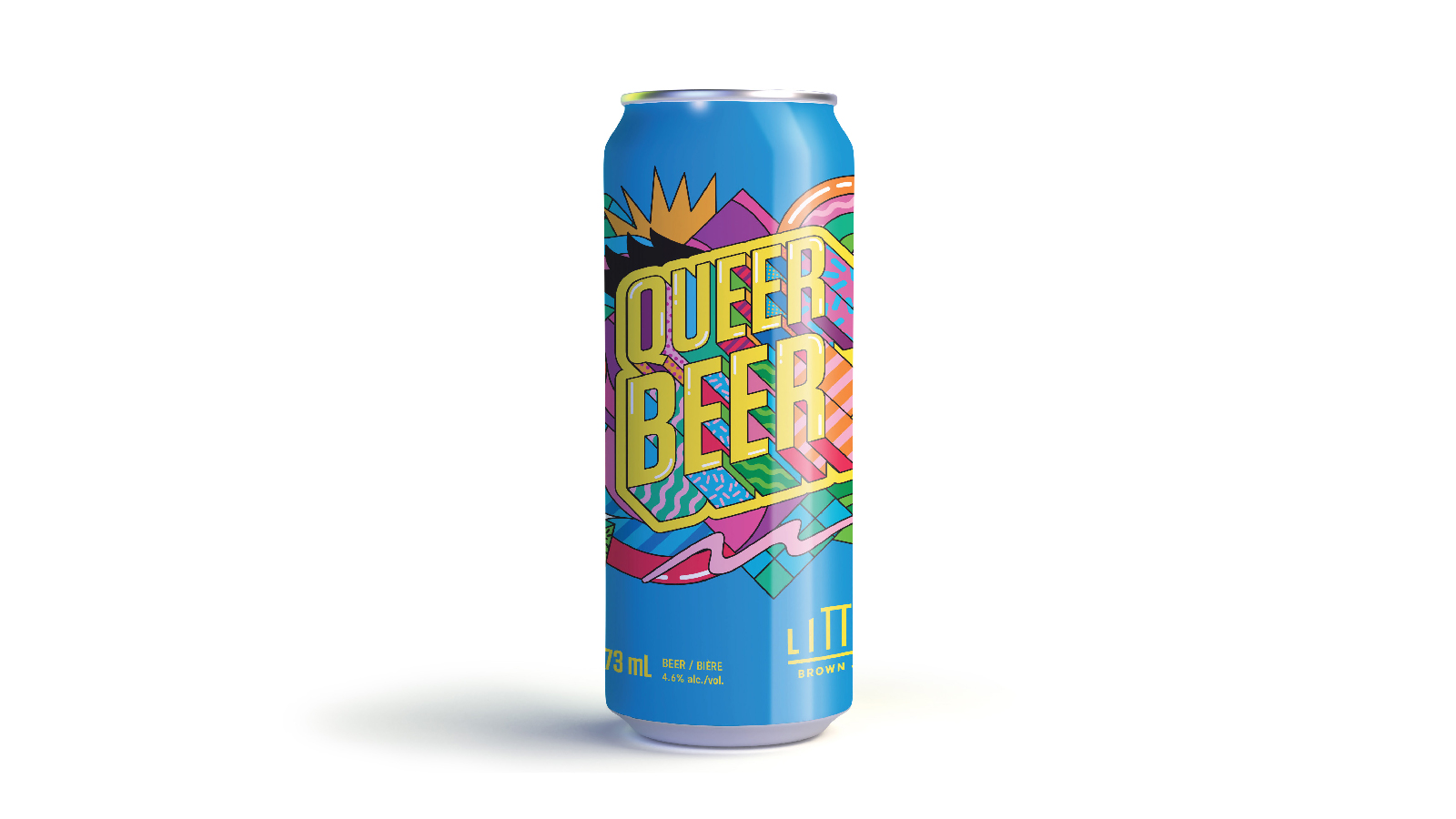